Lint is the enemy of every clothes owner. It seems to appear at the worst times and can be a huge pain to get rid of.

If you don’t have a lint roller on hand, don’t worry! There are several ways to get rid of lint without one.

In this blog post, we will discuss different methods for getting rid of lint from clothes without a lint roller. 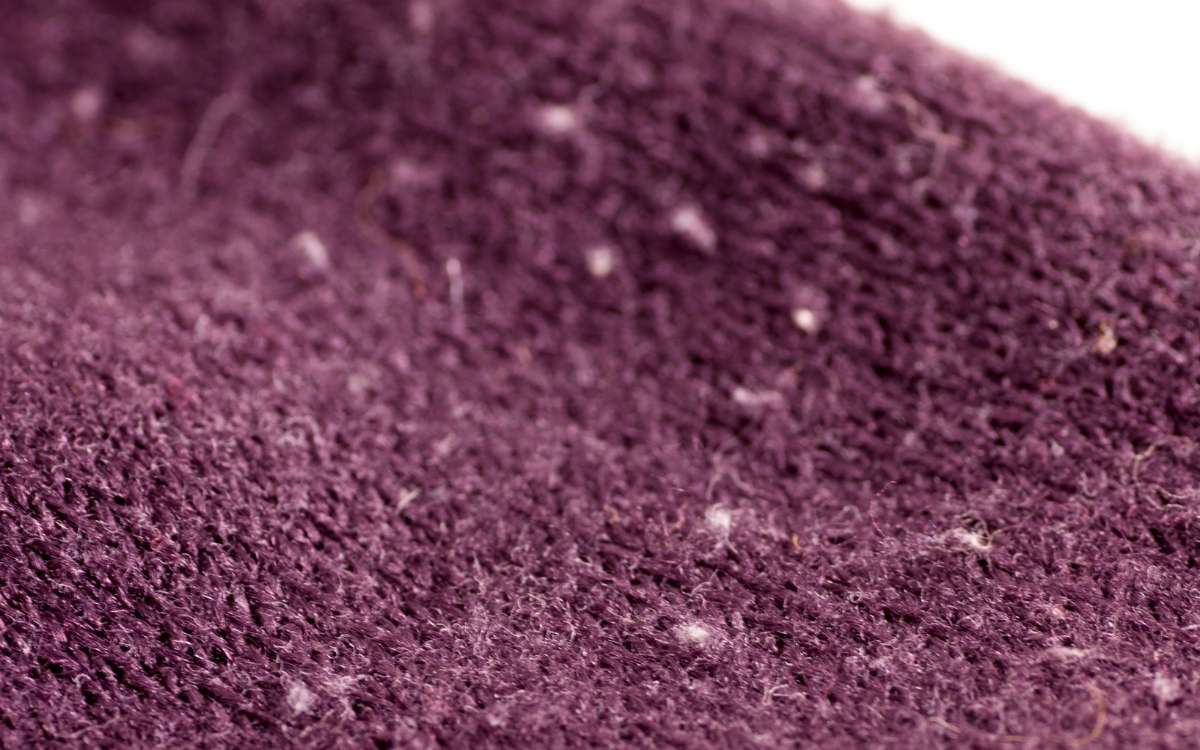 How To Remove Lint When You Don’t Have A Roller: 11 Ways

Here are some helpful tips for removing lint from clothes without a lint roller:

If you’re in a pinch and don’t have a lint roller, a piece of sticky tape can do the trick! Just be sure to use tape that isn’t too strong so that it doesn’t leave behind any sticky residue.

To use this method, simply take a strip of tape and press it against the lint-covered area of your clothing. Gently lift the lint away with the tape.

Repeat as necessary until all the lint is gone.

Another quick and easy way to remove lint is to use a damp cloth. Wet a clean cloth without completely soaking it.

Then take the cloth and use broad strokes to sweep down the lint-covered area. The dampness will help to grab any loose lint and remove it from your clothing.

The lint won’t be completely removed in the same way as the tape method. However, it will be gathered in one area, making it easy to remove the stubborn lint.

The static from the dryer sheet will help to lift the lint away.

Of course, a bonus of this method is that the sheets will leave your clothes smelling fresh, making it a perfect choice when you want to boost the scent of a jacket, furniture, or bedding. 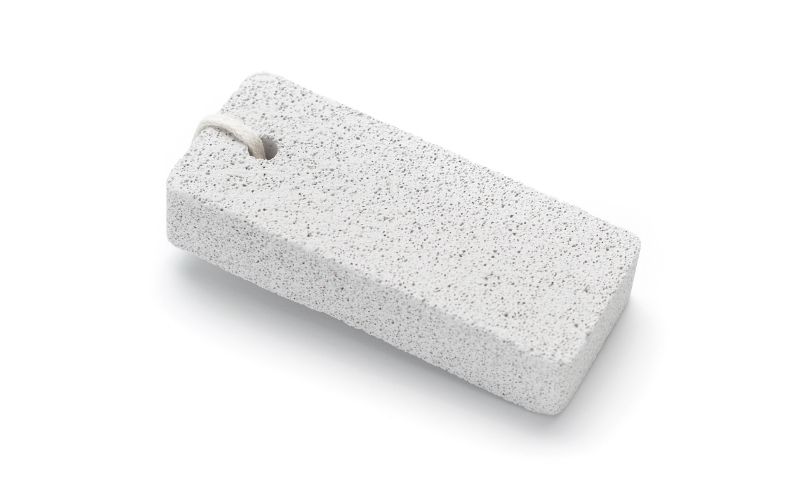 Pumice stones are made out of volcanic rock and have a porous, abrasive surface. This can make them great for removing lint from clothing.

This method may not be best for very delicate clothing. The pumice stone can damage delicate fabrics by ripping their fibers, so be sure to test it on a small, hidden area of the clothing first.

5. Remove Lint With a Scouring Pad

Scouring pads are usually used for cleaning dishes, but they can also be used to remove lint from clothing. To use this method, take a scouring pad and wet it slightly under the sink.

Then rub the pad over the lint-covered area of your clothing in small, circular motions.

The scouring pad will help to lift the lint away and can be a great choice for removing lint from delicate fabrics. Just be sure not to use too much pressure so that you don’t damage the fabric.

If you’re trying to remove lint from a large item, like a blanket or piece of furniture, adding distilled white vinegar to your wash can help.

Simply add ½ cup of vinegar to your washing machine along with your regular laundry detergent.

The vinegar will help to loosen the grip of the lint on the fabric and make it easier to remove by hand or in the drying cycle.

Distilled white vinegar can also be used as a fabric softener and deodorizer, so your clothing will come out softer and smell fresher. 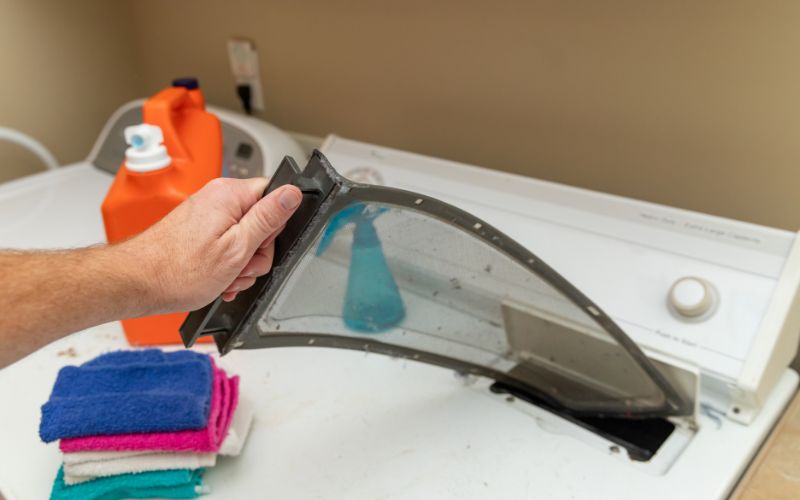 Your dryer’s lint screen is one of your best defenses when it comes to excess lint. However, if it’s full all of the time, it won’t be able to do its job properly.

Be sure to empty your lint screen after every load of laundry. You can also give it a quick rinse under the sink to remove any built-up lint.

Just make sure to let it fully dry before putting it back in your dryer.

Hanging your clothing up to air dry instead of using the dryer can help to reduce the amount of lint that builds up on your clothes.

This is because there isn’t any heat or friction to loosen the fibers and create lint.

Hanging your clothing also helps to preserve its shape and color. So, if you’re trying to keep a piece of clothing looking new for as long as possible, air drying is the way to go.

You can hang dry your clothing inside on a clothesline or drying rack. Make sure to do it in a well-ventilated area so that your clothing doesn’t end up smelling musty.

You can also hang dry your clothing outside. Just be sure to check the weather forecast first so that you don’t end up with a soaking wet piece of clothing.

9. Use the Air Fluff Setting on Your Dryer

The air-dry setting on your dryer can help to remove and reduce lint from clothing. This setting doesn’t use any heat, so it’s perfect for delicate clothing.

Simply put your clothes in the dryer on the air fluff setting for about 15 minutes. This will help to loosen the grip of the lint on your clothes while keeping them wrinkle-free. 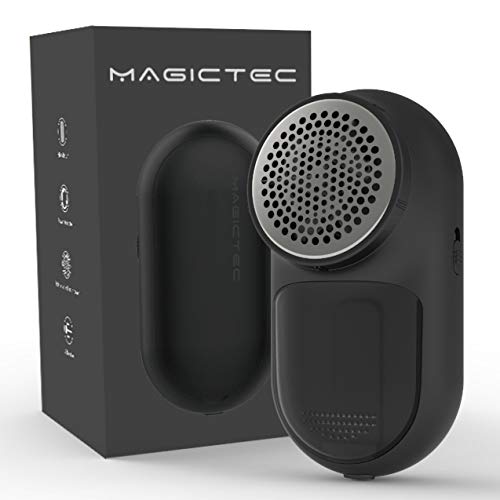 A fabric shaver can be a great way to remove lint from clothing. This tool has a small, rotating blade that helps to shave the lint away.

This helps to reduce small lint balls known as “pills” that can form on clothing over time.

To use a fabric shaver, simply hold it against the lint-covered area of your clothing and move it in small, circular motions. The blade will help to shave away the lint.

Be sure to go slowly so that you don’t damage the fabric.

11. Use a Handheld or Stand-Up Vacuum

If you have a handheld or stand-up vacuum, you can use it to remove lint from clothing. It is the best option if you have other debris to remove, such as cat hair, dog hair, or crumbs.

To use this method, simply hold the vacuum nozzle against the lint-covered area of your clothing or upholstery and turn it on. The vacuum will help to suck away the lint.

Lint is a common problem that can be frustrating to deal with when you don’t have a lint roller.

By following these tips, you can remove lint quickly and keep your clothes looking their best. Do you have any other tips for reducing lint? 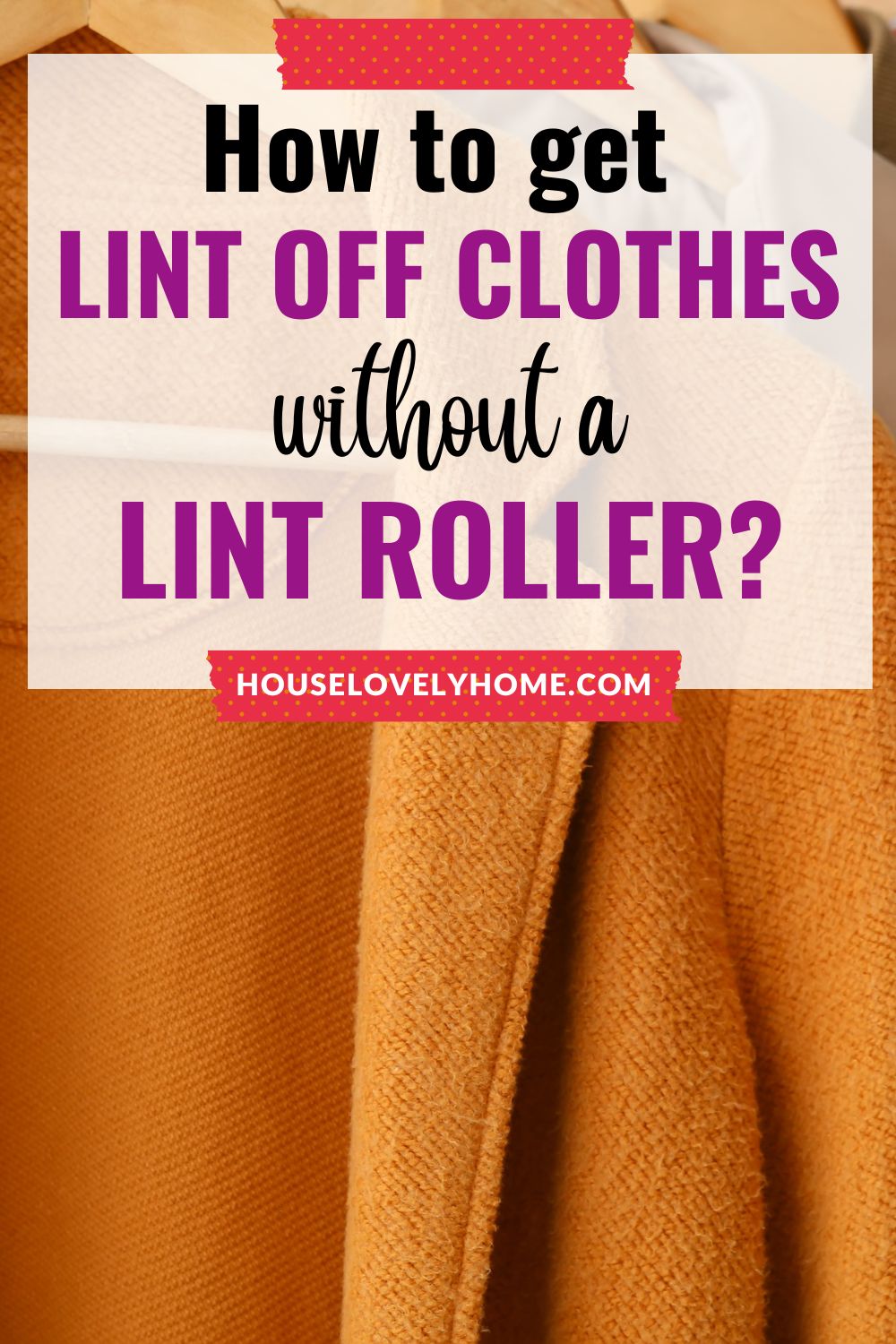