Raid is a popular insecticide that has been around for decades. It’s used to kill ants, household bugs, and other small pests.

But what about the safety of breathing it? Is Raid poisonous to humans? This blog post takes an in-depth look at the potential dangers associated with inhaling Raid or other similar products. 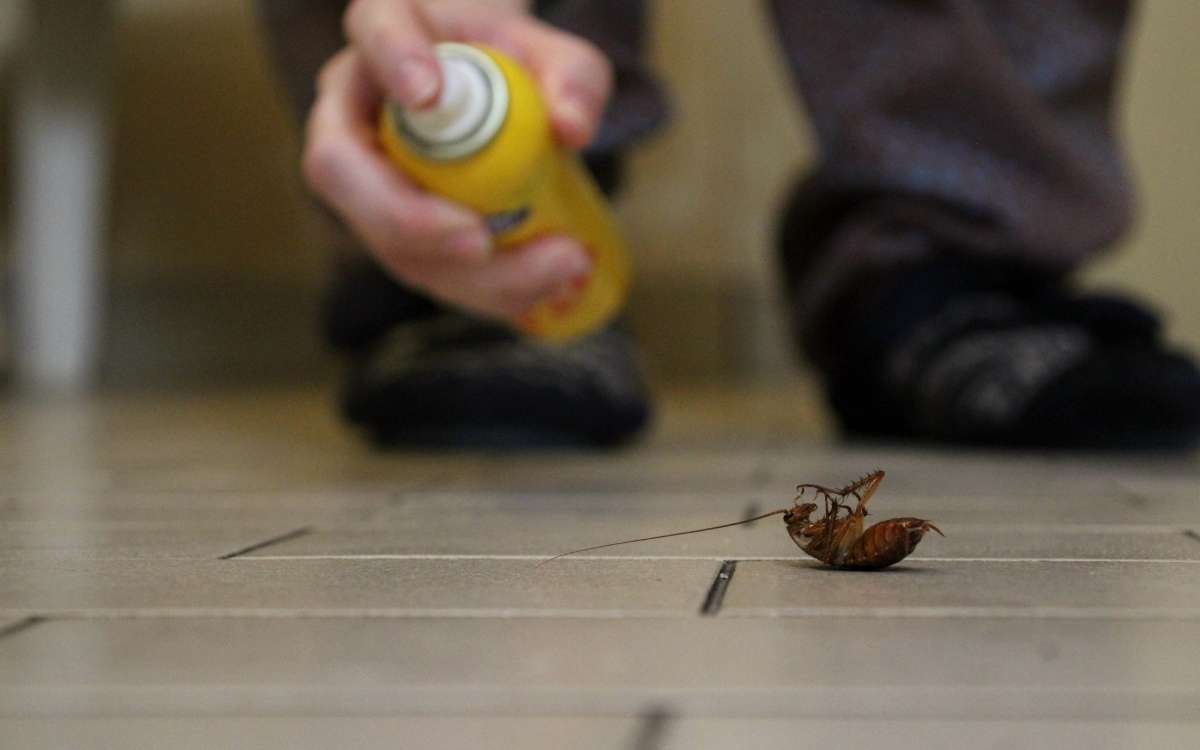 What Happens if You Breathe in Raid?

Is Raid safe to breathe?

Raid is definitely not safe to breathe, and the amount that you’re inhaling will determine how severe the effects will be. Raid can cause serious health problems if you inhale it. This is particularly true for those with existing respiratory conditions or sensitivities to chemicals, such as asthma or allergies.

The most common symptoms are coughing, chest pain, wheezing, and shortness of breath. Some users may experience nausea and vomiting too.

These effects are often worse in those who have been exposed to high concentrations of Raid or other insecticides.

In the most serious cases, inhaling these chemicals can lead to death from respiratory failure and pulmonary edema.

How Does It Affect Pets? 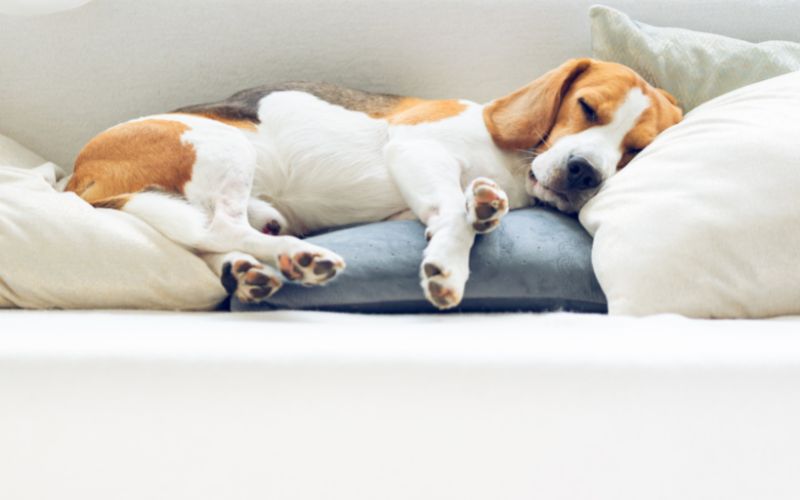 Pets are especially sensitive to pesticides, so it’s important they aren’t allowed in the room when you spray.

A study showed that when rats were exposed to raid over ten days, their mortality rate increased while their body weight decreased.

Inhaling Raid can cause extreme respiratory distress and disorientation in pets, which is a life-threatening situation for most animals.

Since Raid is often sprayed on floorboards and furniture that is close to the ground, it’s more likely that a household pet will inhale the fumes.

Is Raid Safe to Use Indoors?

In the US, there are no regulations to ensure that pesticides used inside homes and schools are safe for human use. Although these chemicals have been approved by regulators, it doesn’t mean they’re entirely risk-free.

The International Agency for Research on Cancer (IARC) classifies some ingredients found in Raid as carcinogenic or possibly carcinogenic.

Raid advertises that their products are safe for indoor use, but it’s best to ventilate any room after spraying. Be sure you’re wearing protective equipment too, including goggles and gloves to avoid direct contact with the chemicals.

Can I Sleep in My Room After Spraying Raid? 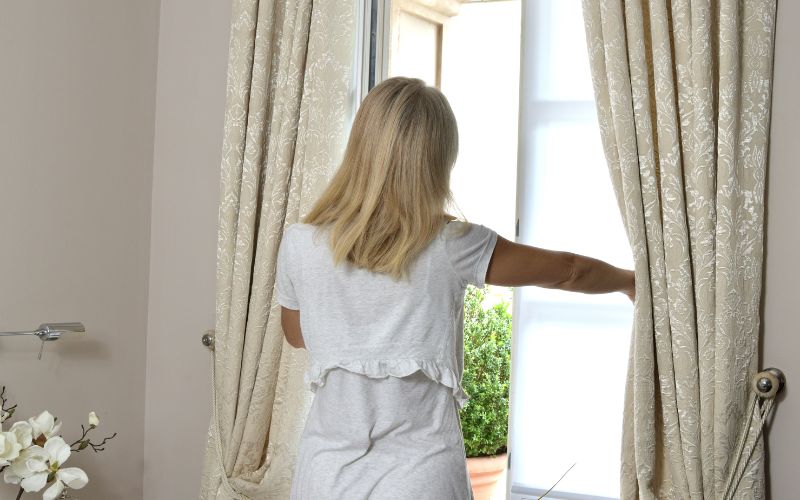 Many people use Raid in their bedrooms for peace of mind. This way, they know critters won’t be crawling around their beds at night.

However, this is not recommended because the chemicals can linger in carpets and beddings for days or weeks.

If you must spray Raid in the bedroom, try to do it early in the morning after you’ve gotten out of bed. Open any windows in the room to ventilate the space.

Try to apply the spray to lower surfaces, such as the floor, where there aren’t any humans or animals sleeping. Don’t use an excessive amount of the product.

How Long Does Raid Last?

It’s important to remember that Raid is only effective for a short period of time.

The active ingredients are designed to kill bugs quickly, so any lingering fumes won’t be able to do their job effectively.

Raid typically loses its potency after about 90 minutes. Its effectiveness also lowers dramatically after 15 minutes, which is the length of time it takes for the solution to dry.

The Raid company has developed longer-lasting formulas that can keep killing pests for up to 4 weeks. Make sure to use these sprays sparingly and keep them away from areas where pets and children will be.

How Do You Clean Raid Residue? 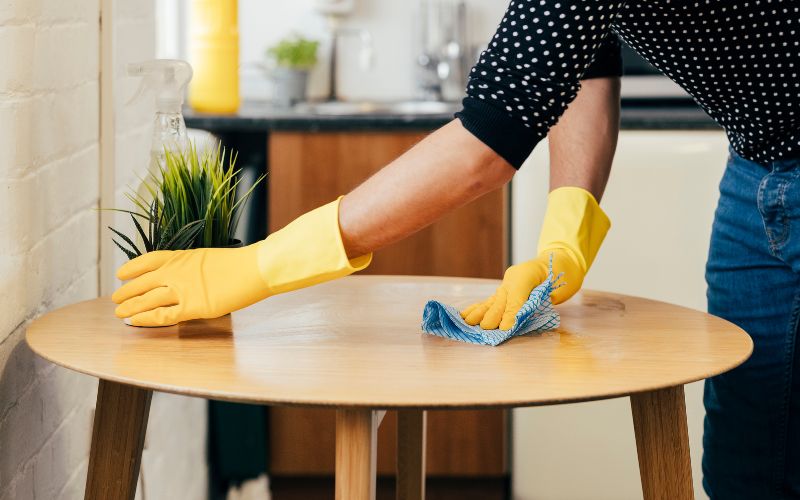 While people don’t normally wipe up Raid after spraying it in their homes, there are a few good reasons why you may want to do this.

Perhaps you spilled the product, only wanted to kill a couple of bugs in a specific area, or you wanted to avoid slipping on the liquid.

It’s also a good idea to clean up Raid residue if it’s in a room that is frequently used by people and pets.

It’s fairly easy to clean up Raid spray, and you can wipe it off of surfaces when it’s both wet and dry. Simply use a damp cloth, or spray the area with water and then wipe it dry.

If Raid gets on your skin during application, you can remove it by rinsing with soap and water for at least 15 minutes. You may also want to wear gloves during this process.

The best way to keep your home pest-free is by cleaning it regularly with a vacuum cleaner that has HEPA filters (high-efficiency particulate air).

This way you’ll suck up any bugs before they have a chance to breed or move into other rooms. Clean up well after eating and make sure that all of your food is well-sealed so that it doesn’t attract pests in the first place.

Some alternatives to Raid include:

Mint naturally repels insects and it’s safe for pets, children, and humans too! Just place a few drops of this essential oil on cotton balls around your house to keep pests away all day long.

Boric acid is another great alternative that works well inside the home. This powdery substance can be used to kill roaches, ants, and other crawling insects.

Diatomaceous earth is an organic powder that can be sprinkled along baseboards, on the carpet and other areas where bugs like to hide. It’s made out of fossilized algae and it’s extremely effective at killing bugs (including bed bugs).

Cedar oil works well at repelling moths, silverfish, roaches, and even spiders! This natural insecticide has a pleasant cedar aroma so it won’t leave your home smelling like chemicals.

Like cedar oil, lavender oil is a natural insecticide that can be used to rid your home of bugs in an all-natural way.

This particular essential oil isn’t only pleasant-smelling; it also naturally repels pests and has soothing effects on humans too!

Cinnamon oil is a natural insecticide that works well on ants, cockroaches, and other insects. You can use this strong-smelling ingredient in a similar way as cedar or lavender.

You can also place a few drops of it into your vacuum cleaner bag every now and then to make sure bugs stay out of the home.

Natural insecticide sprays are a great way to kill bugs quickly while also keeping the area around your home smelling pleasant.

These products often come in spray bottles or easy-to-use aerosol cans and they work well for getting rid of pests on contact.

They are usually made of a combination of essential oils, which are natural-based insecticides, and water.

Natural sprays don’t have the harsh chemicals found in traditional bug killers, so they tend to evaporate quickly without any residue or strong smell left behind.

Raid is a helpful product for killing bugs, but it’s best to use the spray outdoors. Be sure to ventilate any area before and after using Raid sprays so that people and pets aren’t exposed to harmful chemicals for long periods of time.

If you happen to inhale or ingest Raid, rinse your mouth with water and see a doctor immediately.